What Could Go Wrong?

I wanted to take a moment to share a tale about normally semi-intelligent people doing incredibly stupid things. This is a true story that occurred about 16 years ago in Moscow, Idaho.

A little history first: I was 19 years old and living with two friends of mine in a two bedroom apartment just off of the University of Idaho campus, let's go ahead and call them "Mared" and "Jatt" to protect their ignorance innocence. I was working as a stockman at the local Wal-Mart for minimum wage, Mared was working at a grocery store in the deli and Jatt was working at McDonald's in the heart disease department. Needless to say, we were stone cold broke. Jatt was slowly restoring a '76 Camaro that sounded like a dragon with indigestion, I had my '88 Mustang and Mared was tooling around in a P.O.S. S-10 Blazer with one front tire that stuck out further than the rest.

It didn't take long for Mared to realize that his Chevy was the weak link in our parking lot ensemble so he decided to trade it in on something a little more chick-magnety. He poured some heavy weight oil in the engine to mask the death-rattle knock and we all piled in and made a trip to the Toyota dealership in Spokane. It took less than 12 parsecs after pulling into the lot for Mared to spot a blue '90 IROC Camaro and fall madly in love. Anyone with a thing for four-wheeled ladies knows that the instant you imagine yourself behind the wheel, the deed is as good as done. I knew something was amiss when the dealer was willing to take an extra set of wheels from a Nissan pickup and a Blaupunkt cassette deck that was still in the box as part of the trade-in.

The IROC only had a V6 in it and was cursed with some of GM's most idiotic ergonomics, but Mared was in overpriced-hatchback heaven. That is, until it was time to start making payments. Because Mared was blessed with more balls than brains when it came to driving, insurance was ridiculously high for his new ride. (He once hopped his dad's mini-truck into the oncoming lane while taking the sweeping curve of a mountain rode with the speedo buried.) A couple of months of ownership was all it took for him to come to the realization that he was too poor to afford his new toy. There was only one reasonable course of action he could take.

Since the dealership wouldn't give him a mulligan and, like any person sixty days into a payment plan, he owed more than the car was worth, Mared's only option was to total the car and let State Farm pay it off. Because none of his selfish friends were willing to ram into the Camaro with their cars, he was too chicken shit to just drive into a lamp post and fire is a little on the suspicious side, he decided to let the winter ice and rolling hills of the Palouse Region do the dirty work for him. After scouting out possible crime scenes, he and Jatt found the perfect place to commit vehicucide. East of the city is Moscow Mountain, an area renowned for its ability to provide 4-wheeling thrills thanks an abundance of old logging roads. There are a few homes at the foot of the mountain, but they're far enough apart to make criminal activity less conspicuous.

Mared and Jatt found a spot at the base of the mountain that was ideal for their dirty deed. When travelling east on this particular gravel road you come to an intersection. If you turn left, you go up a fairly steep hill, if you go right, you go down at slightly less of an angle, while going straight keeps you on a nice level road. What made it the perfect place was the fact that there was a six foot deep concrete culvert running on the south side of the road that promised to devour any car or truck unlucky enough to slide off the road and into it. Mared's Camaro was gonna have a bad day. 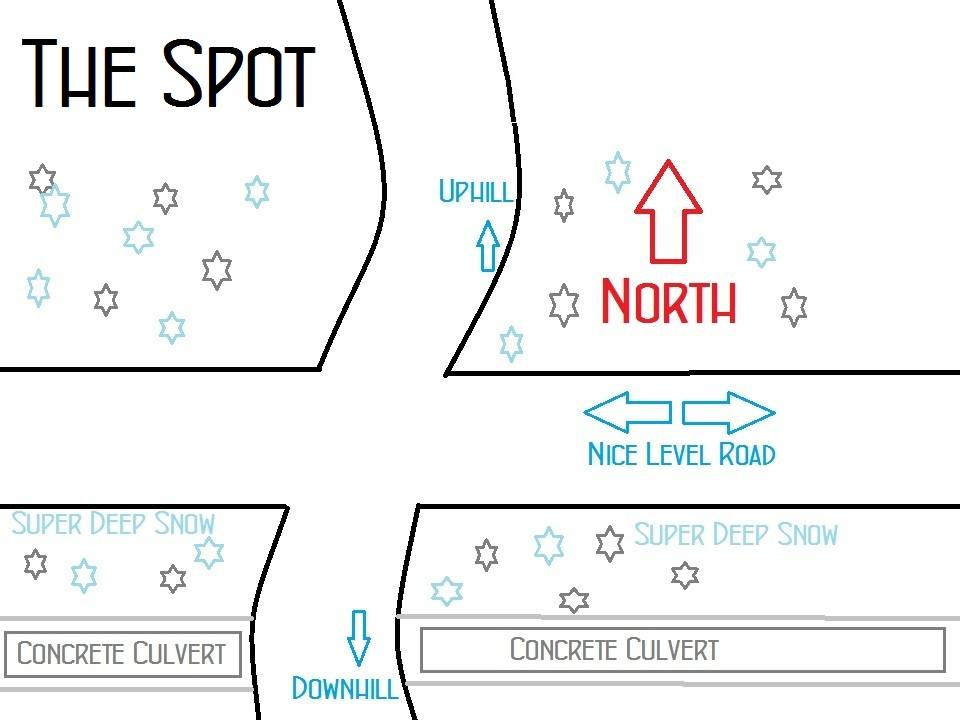 The plan was to drive up the steep hill, turn around and coast down at about 25 to 35 mph. At precisely the right moment, Jatt, standing a safe distance away, would give Mared the signal to bail out. He would tuck and roll just after steering the Camaro towards its untimely demise. It would look like one of the many cars that goes off the road during the slippery Northern Idaho winters and Mared would be free of his financial obligations since there was no way the car could survive. It was a fool-proof plan. 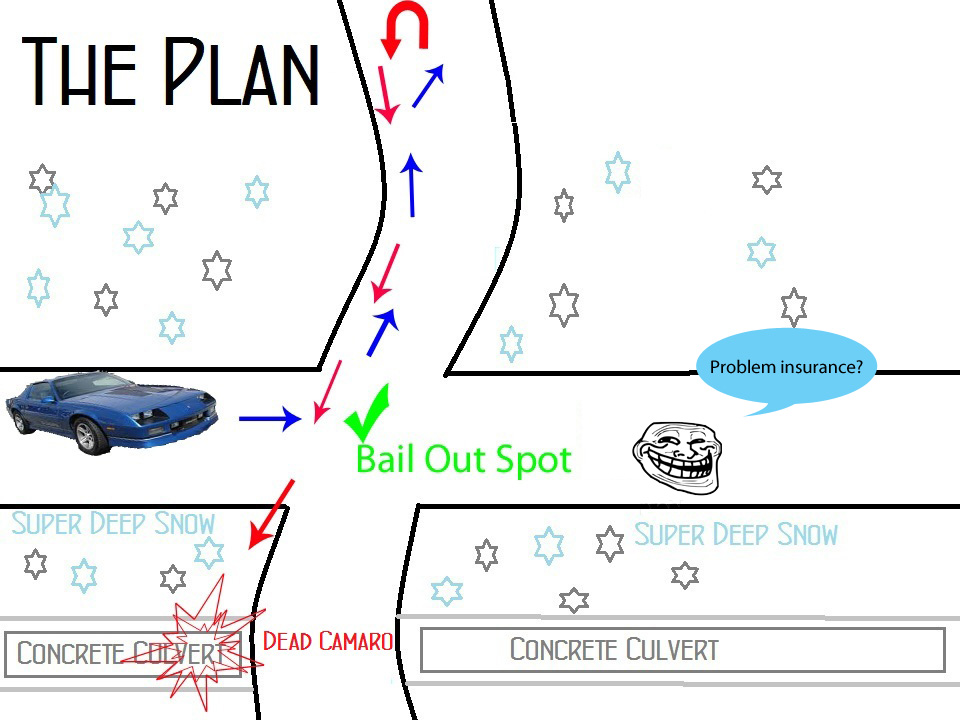 Mared and Jatt set out one afternoon while I was at work to get their car killin' on. This was before the age of cell phones and they decided not to take two vehicles since it might look a little shady. I have no idea how they were planning on getting back since it was the dead of winter and they were 8 miles out of town. When they got to the site, they went over every detail again and made a few practice runs. Finally, it was go-time so Mared drove up the hill, turned around and reached the ideal downhill speed in no time. At the right spot, Jatt signalled Mared to jump and the Camaro was on autopilot towards its doom.

What they failed to take into account was the twenty feet between the road and the culvert. The hard-working Latah County road crew had been plowing the snow into the south side ditch all season since the culvert was designed to handle intense run-off from heavy snow. The three-foot deep snow made the perfect cushion for the IROC, safely stopping it just inches from its concrete tomb. Not only was the car completely undamaged, Mared and Jatt now had to walk several miles to the nearest house in order to borrow a phone so that they could call a towtruck to haul the car back onto the road. The whole thing ended up costing him almost exactly one month's car payment and insurance plus he had a nice case of road-rash since he had failed to properly prepare for Bruce Willis-ing his ass out of the car and onto the unforgiving gravel at close to highway speeds. And he still had the car. 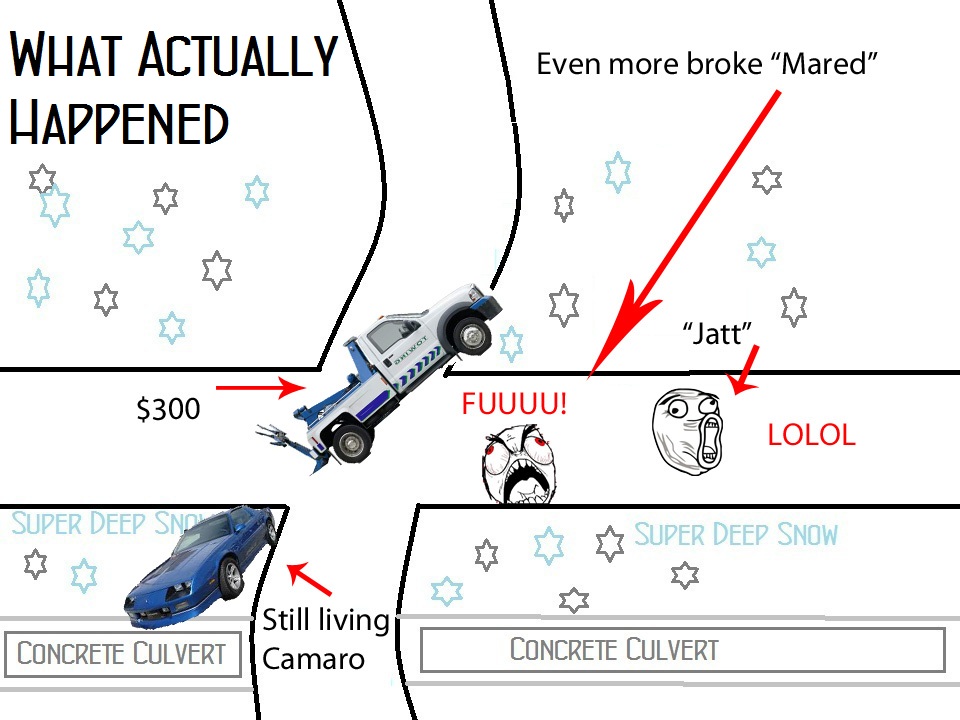 The moral of the story isn't "crime doesn't pay," it's "crime is best left to the experts rather than a supermarket employee and his burger-slinging assistant."

My Car is the Highlander

In this age of disposable of tech, it's nice to see something that actually lasts. Of course, a lot of the time we upgrade without any real reason. My Droid Incredible, which was Verizon's flagship smartphone in early 2010, seems ridiculously antiquated now when compared to the dual-core, big-screen, LTE super-phones that are available even though it does everything I actually need it to do. Spending four or five hundred bucks just to have the latest and greatest piece of pocket tech may seem like a monumental waste of money, but it pales in comparison to the cost of replacing a vehicle. That's not to say that you can't get a pretty kickass hoopty for a few Benjamins. I have.

Seeing a car go a few hundred thousand miles while being treated to meticulous maintenance is pretty impressive but owning a car that can do that while having the living shit kicked out of it is really special. I have been blessed over the years to have owned a few unkillable cars. When I say 'unkillable' I don't mean a car that can go the distance if you baby it, I mean a car that you have to deliberately murder if you want it to stop. They're like Christine but without all the demonic homicide. My first such vehicle was an '83 F-150 that I bought in '95. The first day I had it I pulled a brand new Chevy out of the ditch while four-wheeling on a mountain in Northern Idaho. Two owners after me, it finally took a fire to kill it completely. I assume Satan needed a 4X4. 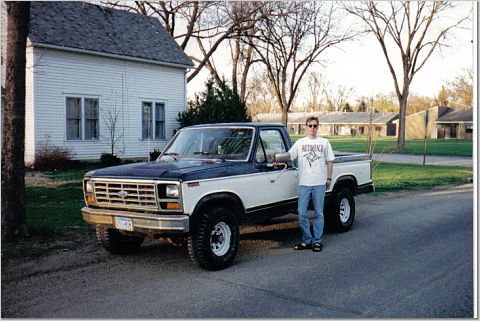 My entry for 'Badass' in Wikipedia

The next one is a '93 Crown Victoria that had over two hundred grand on the non-working odometer when I picked it up for $700 in 2005. She never got an oil change because she leaked and burned through that black gold as fast as you could add it. I once drove it for two weeks with no rear brakes. That car had a wierd habit of growling at random passers-by when parked as the air suspension built up pressure. It assassinated a deer once with nothing but a broken signal light lens to show for it. I finally sold it to a friend who was too cheap to pay for gas and who thought that hybrid vehicles were for pussies. He started adding a couple of gallons of used transmission fluid to every tank of gas and the Crownie ran like a champ, mostly to prove that it gave even fewer fucks than he did. 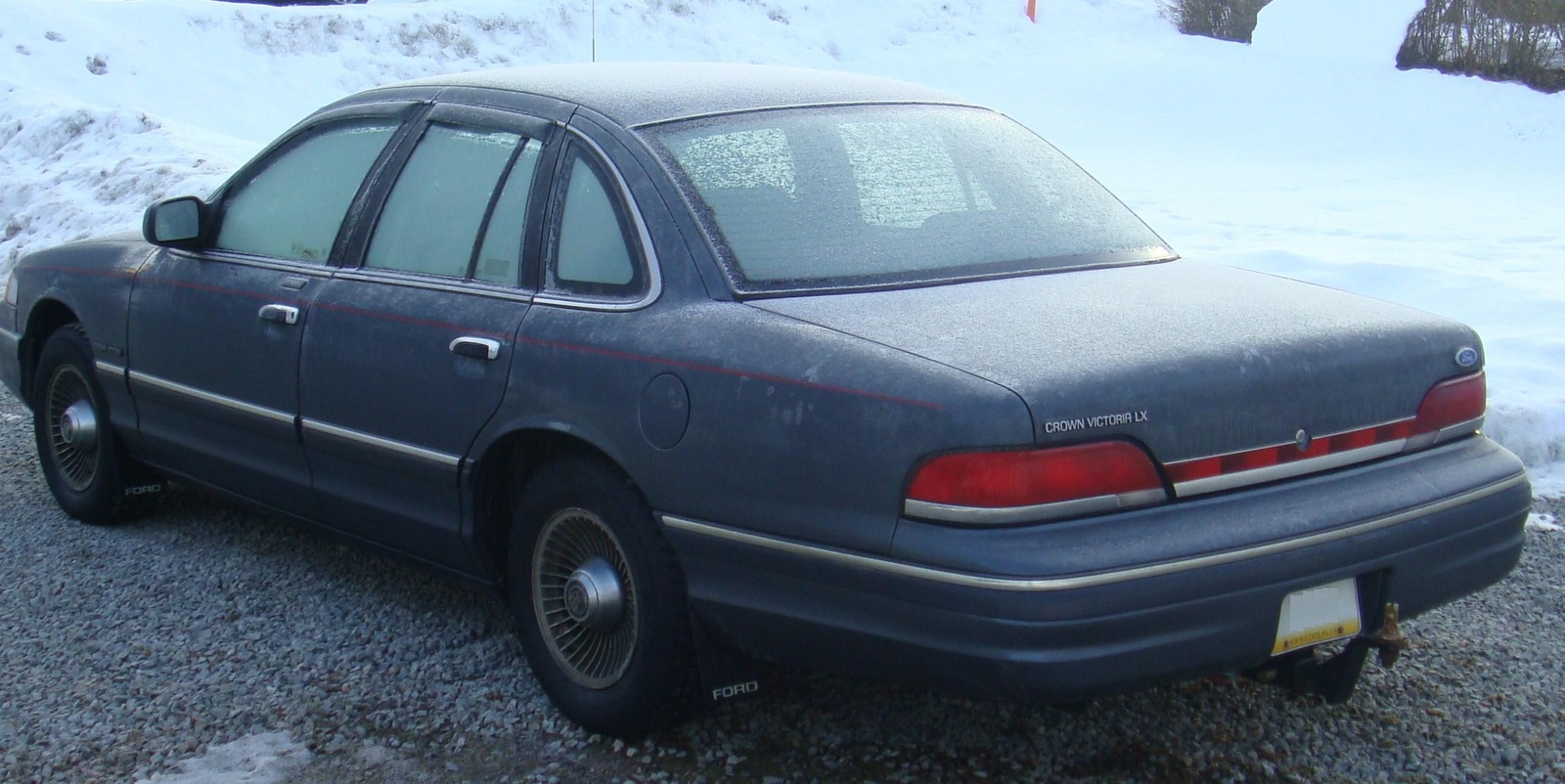 Imagine Darth Vader as a sedan

There is also the '95 Grand Cherokee that my ex-wife totaled twice. You know those two foot tall concrete parking posts that are bright yellow and tell you where not to drive in a parking lot? My ex decided that no one was the boss of her and proceeded to hit one head-on at full speed. After dislocating the front axle from the vehicle, she drove 70 miles down I-94 home. My insurance company took a look at it and pulled a Nader by declaring it "unsafe at any speed." $500 later and the Jeep was as good as new. Round two occurred a year later when a snow plow picked a fight with her and, sadly, the rig that I had used to tow a boat twice its size did not survive. I could have fixed it but my eye had begun to wander. 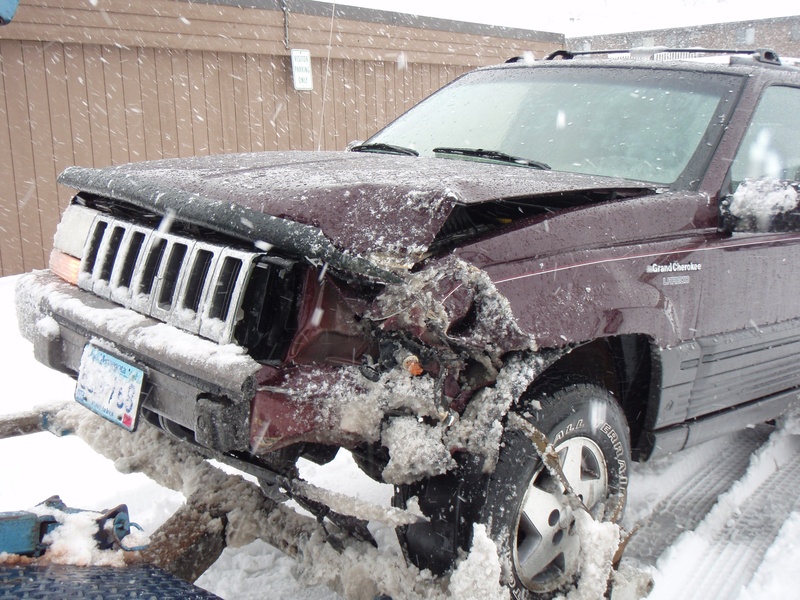 I'll never understand what she had against my cars

Honorable mentions go to my '88 Mustang and '74 Mustang II. My idiot roommate blew out the clutch on the '88 and left it parked in a snowplow turnaround on the highway between Moscow and Lewiston, ID.  After talking my other roommate into helping me tow it into town, I crawled underneath to find that I had connected the tow rope to the lower radiator hose. That's like pulling a person ten miles up and down hills by tying a rope to a single pube. The '74 Pintang executed a Ranger (I'm pretty sure it would have yelled "Come at me, Bro!" to the mini-truck afterwards if it could talk) and drove away with little more than a dent in the fender. For the record, the '74 is the one vehicle in this list that was, without a doubt, a Decepticon. 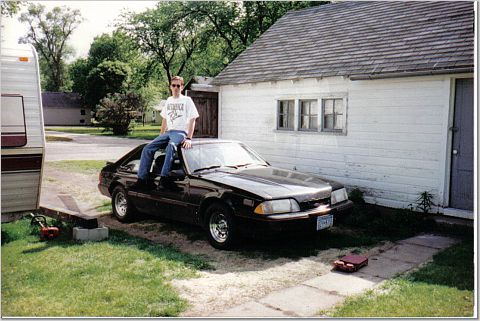 Sure, you can spend 50 grand on a new BMW Douchemeister and have all the bells and whistles that anal-retentive Germans can stuff into a car, but I'd rather have a 10 year old Ford Zombie that doubles in value when you fill the tank. 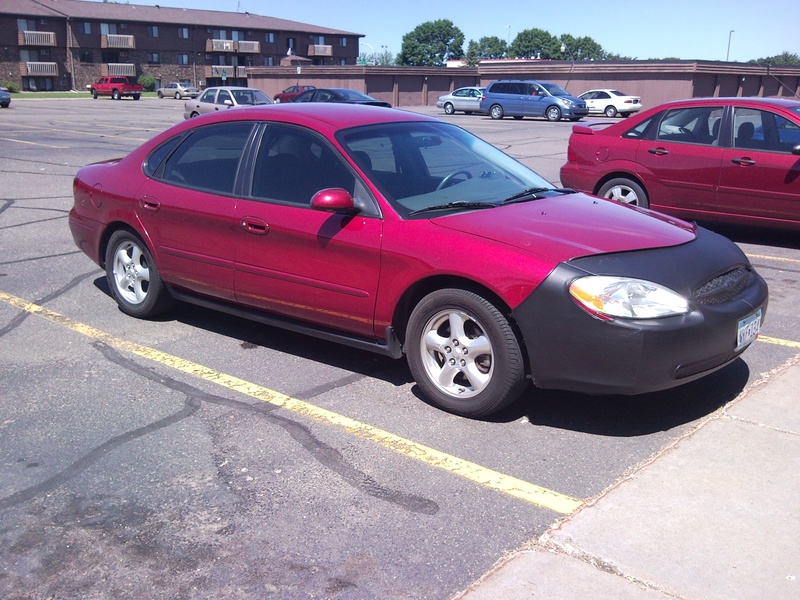 My newest lady. I call her "Echo."